The Monolithic Bas Relief Depicting Shiva, was found in Parel in October, 1931 when road was being dug from Parel to Shivadi.

Since then it was enshrined in premises of BARADEVI Temple at Parel Village.

This beautiful image of about 3.06 meters height, depicts seven forms- SAPTAMURTI OF LORD SHIVA. Seven mudras are depicted around one central figure of Shiv

Central one is in Sthanaka Mudra with right hand in Abhaya Mudra and left hand holds Beejaphala.

Not much of ornamentation is depicted except of Karna Kundalas and necklace, central image is shown with plain Antariya. An elaborate Jata Mukuta adorns on the head. This image is surrounded by five Ganas playing musical instruments like Harpoon, Flute etc. stylistically and iconographically.

This sculpture dates to fifth to sixth century AD.

An excellent cast of this image is kept at Chhatrapati Shivaji Maharaj Vastu Sangrahalaya, Mumbai.

Image was declared as Nationally Protected Monument by The Archaeological Survey of India vide notification No. 2/3/75-M, dated 28 March 1985. N-MH-M5.

(Above information in obtained from the text engraved in Gold on Black stone fixed on a wall at site, by The Archaeological Survey of India, Mumbai, in May 2012.) 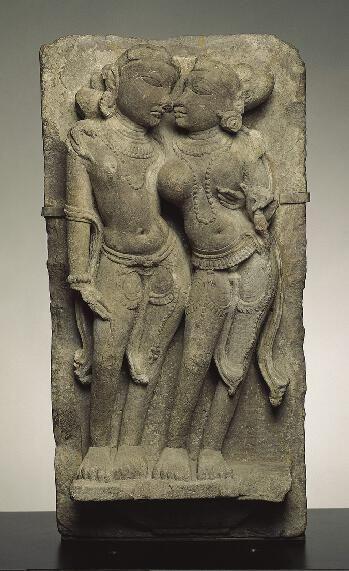