Why our Indian society is tolerant? For some time now there is lot of buzz around the word Intolerance! English media also lapped the idea of impertinence around this word. Majority of Indian people are tolerant. Most of people are Hindu? If I write this then many will object? without knowing our history. Our land is land of spirituality. Outsiders gave a name to our dharm, as Hindu. Many debate that since there was a river Indus and hence people living across it were named as Indian(of India or may be Indica?)? The river was also called as Sindhu. Thus Sindhu became Hindu and land is called as Hindustan? Or the place where hindu people live is called as Hindustan? Now so called pseudo-secular Historian can produce any historical fact that how the name Hindu is given? Who wrote Hindu for the first time? in any Vedic or Post-Vedic literature? Now days I have read that linguistics are also doing lots of research through literature to find out the period of time in history, as to when such thing was written? Many years back i had read in some of Bhavan’s journals about our late Shankaracharya-Swamigal of Kanchi Math/peeth saying that we are thankfull to those who gave our religion a name-Hindu.

One program aired on EPIC TV channel titled as Dhramshetra. It has many good concept. Characters of Mahabharat were summoned in the court at heaven where as our myth says chitragupta keeps records of our Karma-deeds done on Earth. All episodes are full of various interesting questions and answers of these characters. Kunti, Karna, Draupadi, Duryodhan etc.

Program is such that through this various types of questions/allegations are leveled on each of these characters-paatra. Whatever comes to mind of our common man. Such questions are not written anywhere nor in Mahabharat. But writers of this program take liberty to question and also write their answers too. Either to justify those acts done(as described in Mahabharat) or to question that what ought to be done?

episodes are there where Draupadi accuses her mother in law Kunti of wrong doing, knowing something. Kunti then asks few questions and story goes on. 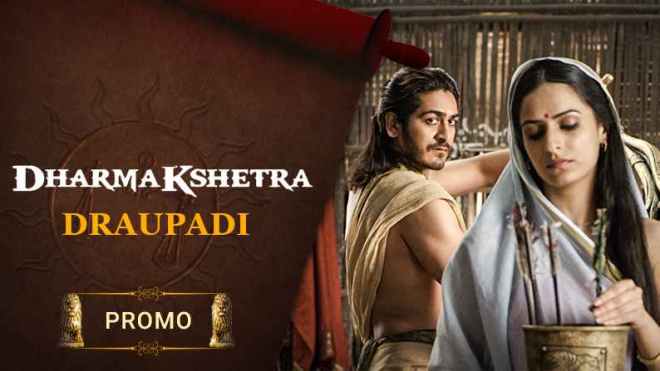 Similarly Karna accuses Kunti of wrong doing towards him. Disowing him as her son, even knowing that he was her son. When Duryodhan brings Karna to palace, they met Kunti. That time She saw those kundal-ear rings and asked that how come these karnphool are with you. He replies they are with his body since birth. Knowing this she faints-As shown in episode? That time she could have recognized him as her son. But she did not. to this allegation Kunti asked Duryodhan tell the truth, if you come to know that Karna is brother of Pandava, that time would you have still be friend with Karna? knowing that he is a great warrior and can be a rival to you? etc etc. 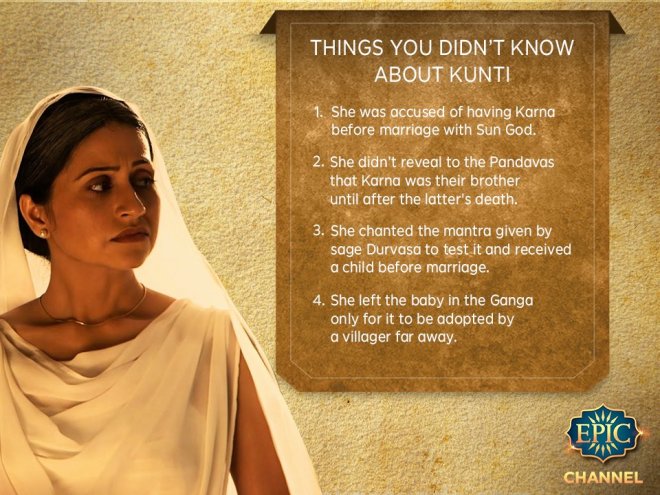 I think such kind of liberty is possible in India only! Great society we are. But, Yes certain sections are there who take to roads on some of very trivial issues. But still at large our society remains calm.

In past we have seen how when someone made a cartoon in Europe whole of world faced as storm by a section of humanity that follow a so called religion that has its written words only 1400 years back. In India we have a continuous civilization with each century having its own addition to that running/flowing Ganga Vaitarni of humanity.

However in two three years back we saw some people-who were called as award wapsi gang. Many more give comment over intolerance in our present day India.