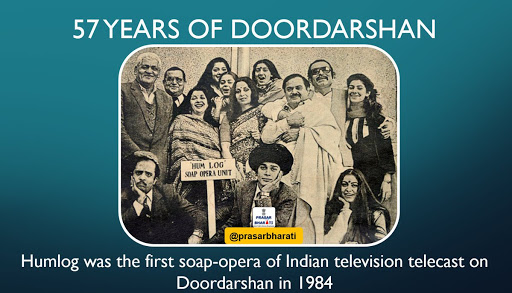 I knew it as Doordarshan but now it is known as DD. There are various channels of DD at present, DDNational, DDsports, DDNews, DDIndia and DDBharati.
It has been a journey of 57 years for doordarshan. I don’t know who coined this name for our National TV, but it was perfect choice for national TV.
Often we used to call it as Sanjay ka kaliyugi avatar. lat; dk dfy;qxh vorkjA
egkHkkjr esa lat; dh nwj n`’fV dk o.kZu vk;k gSA
@DD_National twitter handle of Doordarshan twitted these photographs 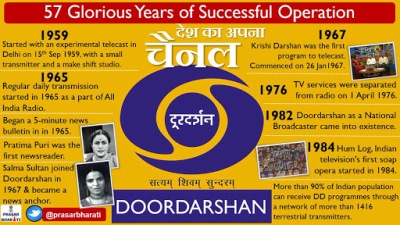 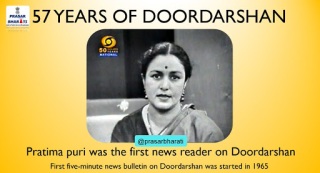 Then through the years we started liking DD. But also we hated it so much so that its name was coined as #dkoV ds fy, [ksn gS
In those days very often it so happened in almost all Sunday movies that this caption used to be shown in middle of scenes.
That time all of us used to curse the doordarshan. Sometimes when cricket match was telecasted and if this caption came, all of sudden students started crying loudly and started making sounds. 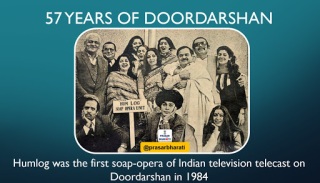 Luckily we carried over that period and passed on to a new chapter when there was news that a Metro channel is coming. It was for two hour special channel on Doordarshan. Then in 1982 the INSAT thing happened and we got a National Telecast in a real sense. Our late Prime Minister Smt Indira Gandhi ji asked the Capt. Rakesh Sharma when he was in the spacecraft above in the sky, that how does our India looks like? He without any hesitation replied that lkjs tgkaW ls vPNk Sare Jahan se Accha. To this reply Smt Indira Gandhi also laughed. All this happened in front of our eyes. Whole nation enjoyed. Asian, National games-Bhartiyam, CHOGM, NAM, SAARC all started happening on the screen in our houses. Nothing of that sort ever happened before. All this happened in COLORs, earlier all we saw was in black and white screen. 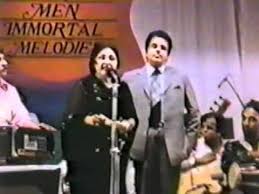 Earlier when there was only one TV in whole colony, all children used to hang on to the window of that house. Those who were close to that family were lucky and saw the TV from inside of the room. But I was a weak child, I got the chance to hang in the window iron bars and sometimes I was not even given that opportunity also by the mighty boys of our colony.
Those were very bad times for me. I used to think why this TV is not in my house. But then how could we ask such questions to our papa ji? We did not have tape recorder, not even a camera? But yes we had a Radio. It was a big one named as PIE. It was from UK I think? My father was in Indian Navy. He was in the team which was sent to England to bring back the INS Vikrant to India. That time my father might have bought that PIE Radio, I think? 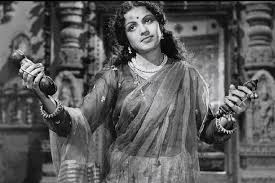 Later we used to walk for 1 km from type one in IIT Kanpur campus to type two to watch Sunday movie in house of Mathurs. I am gratefull to Mathur family. They did permit us to watch TV sitting in their drawing room. It was a great thing on their part in those days. Yes it was a great emotional thing. I had been scolded many times in some houses, as to not to touch those sofa covers. While watching TV, As it happened in ecstasy sometimes I forgot my poor existence and might have put my hand on sofa cover, and it got some wrinkles. That was enough to get a scolding from the lady of house. It was quite OK for me. It was not a big price to pay in lieu of watching that idiot box?? Isn’t it? 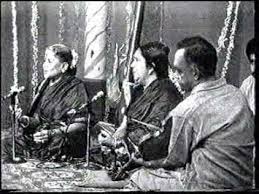 But time passed on From 1976 to 1982. But in this journey i came to know lot of great souls of India. Our Bharat Ratna a great soul, a Divine Singer Smt MSubbulakhsmi one such persona.

Even in 1982 many households did not own a TV.
In villages, where i visited during summer and winter holidays (vacations) not many had even a Transistor. Few enthusiastic youths and few landlords had Transistors. They had nice colorfull covers, nicely woven by the ladies of households. The cricket match was the prime objective for transistors among young. News/Samachar and some film songs were the attraction for rich people.
Later even rickshaw pullers also had transistors nicely tied on to their handles or specially designed hangers on cycle or rickshaws. In bus also i saw good arrangements were made to hang Transistors.
Even during the time of Reshma ji, she did not know much about Radio. After lots of reluctance she was allowed to sing on Radio. 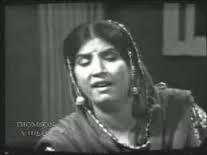 But When in 1982 TV came to our house our sensibilities changed. Prior to that we were depending on Dharmayug, Hindustan, 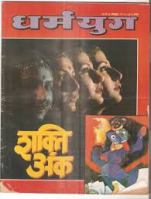 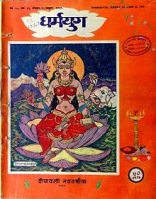 I used to read books of famous Shivani ji (Gaura Pant), Acharya Chatursen, Premchand, AmritLal Nagar etc.
Newspapers were also there- Hindustan Times, Times of India, Aajtak, Dainik Jagran.
we all grew up reading all this. But when this TV came all of sudden our world diminished and coiled into that idiot box. Why that was called as idiot Box?
Through Doordarshan really i got darshan of far off places. I got to see films in Malayalam, Tamil, Kannada, Gujarati, Rajasthani, Marathi, Manipuri, Bengali, Punjabi, Assamese, Telugu, Bhojpuri, Oriya,  i doubt whether there was any film in Kashmiri? back then. Till 1990 i kept watching doordarshan at my home.
i had seen Sagar Sangamam, Sindhu Bhairavi, Agni Nakshatram, But i liked the most was the film Sankarabharnam. 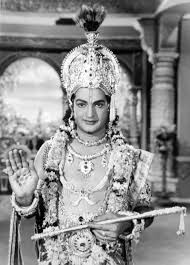 Then there was my fav star a super star, most creative person i have ever seen after V Shantaram ji was NTR NT Rama Rao.

All of his films shown on Doordarhsan were superb. Daanveer Karna, where he wore most artistic Shoes and walking in the compound of palace of pandavas, when he placed foot on the floor, the camera NTR used there was most innovative. One has to see himself to appreciate that angle of camera? SitaRama Raju. where he played role of the fighter. Then there are many such films where NTR played role of Krishna, Vishnu etc. All films were artistically superb, Each Frame of his films were like paintings. Just like most of the films of V Shantaram were like a work of Painted canvas. He was a creator of art. I don’t remember how many films were shown on DD in Telugu, but most of them i saw were of NTR.
Then there was Tamil films, Shivaji Ganeshan, and MGR etc. The film in which Shivaji played a mythological? role where he was fighting with his own son. But he did not know that fact. later somewhere during fight or after that he was told that fact.
Then there was a film in which heroine was staying in her sister’s house and during absence of her sister she went to her bedroom. But in Night the hero came and unforgettable thing happened. Hero thought that lady was his wife. 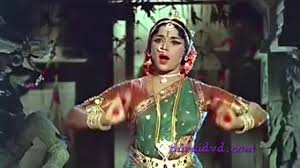 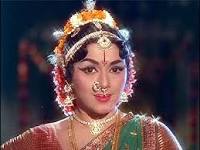 Then in one film the heroine is a district collector and the hero is a simple govt employee. The films of Padmini, the gem of Travancore sisters. this dance sequence where i think MGR was there, and went to see the dance of heroine in disguise, as if nobody could see them. there were so many. few were shown of Vaijayantimala in Tamil also. Padmini played a dancer role.
There was this film in which i saw Jayaprada and sridevi together. (am i correct?)
The famous film in which Kamal Hassan worked with Jayaprada. He had some dance scenes.
Bombay i saw in Malayalam. But later it was also in Hindi. 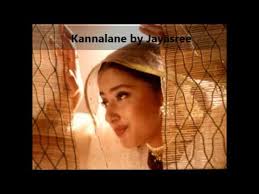 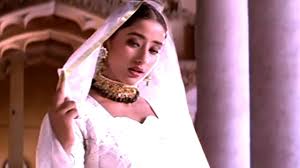 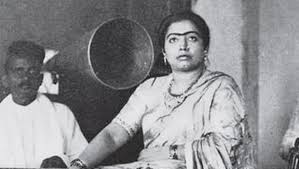 With the journey of Doordarshan i came to know about many stalwarts and GEMs of India and Indian Music. The Gauhar Jaan was the star of her times. She was a Super star celebrity of her times compared to present times celebrity, she was more highly paid and commercially successful.
There were few good programs on our rich tradition of Music also. Smt N 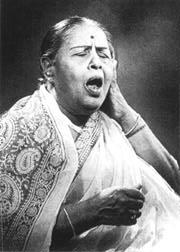 aina Devi ji was the permanent feature in many such programs on Doordarshan. There were many such vidushis. Like Sidheswari Devi, Girja Devi, Rasoolan Bai, Asgari Bai, later Begum Akhtar became the star attraction on Doordarshan. There was Savita Devi, Shobha Gurtu, Usha Uthup though apposite genre of music but both captivated audiences through their music, Doordarshan telecasted their programs. 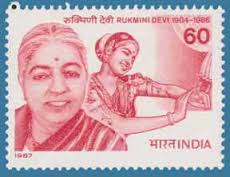 RukminiDevi Arundale and dances choreographed by her came on Doordarshan. 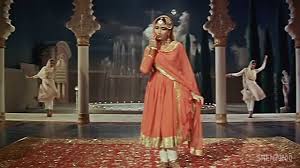 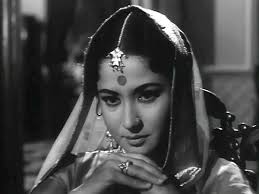 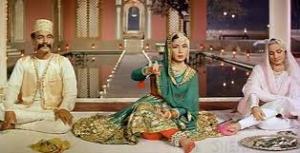 So Doordarshan was one medium through which i learnt about India from Arunachal Pradesh, Ladakh, Leh, Gilgit, Kanyakumari, Kucth. Through Doordarshan i came to know about our rich heritage of Indian Music & Arts. Jammu to Kanyakumari. There was one program on DD i heard, few folk singer were singing some of their folk songs but it was said they sounded like hymns of Veda?